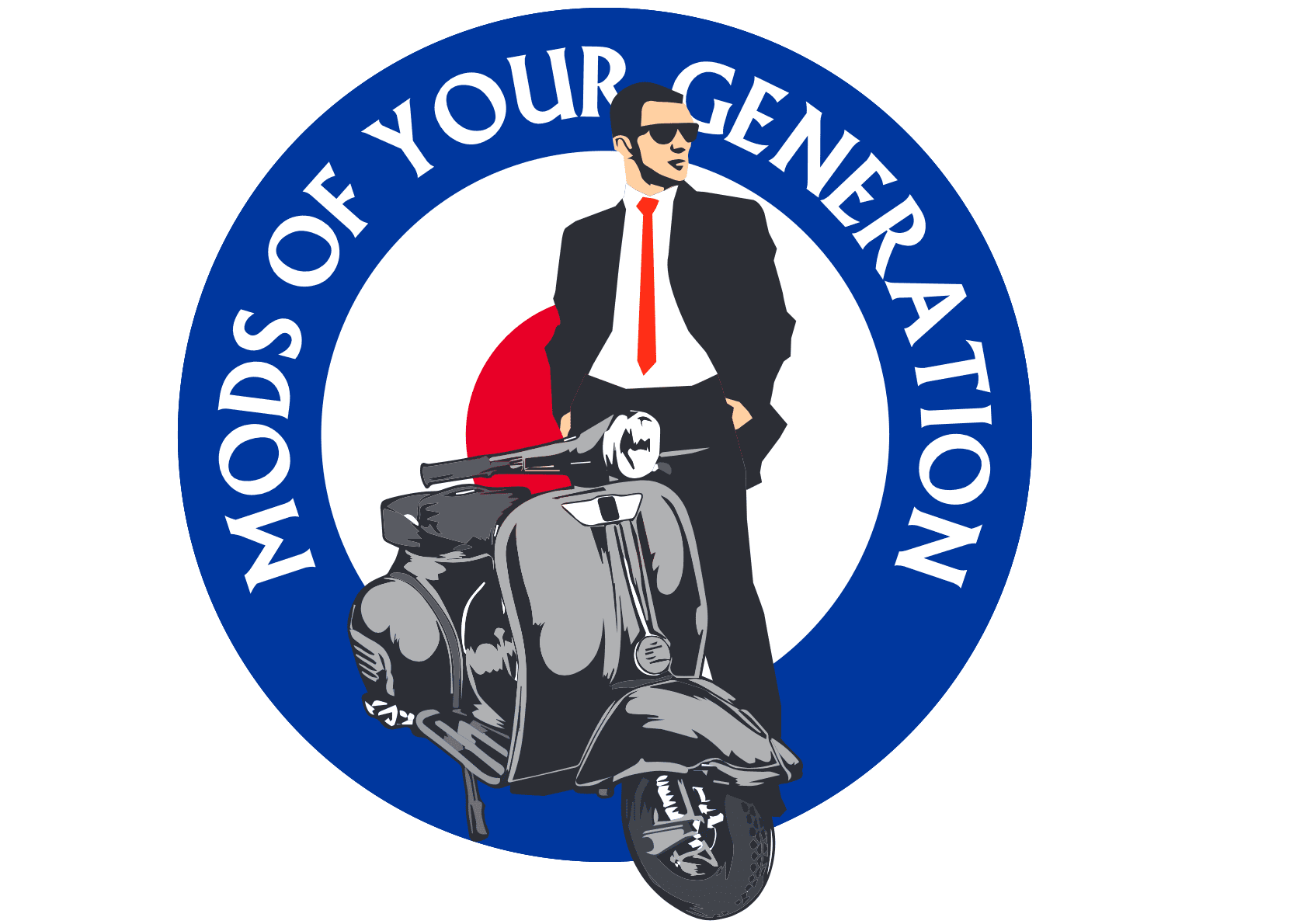 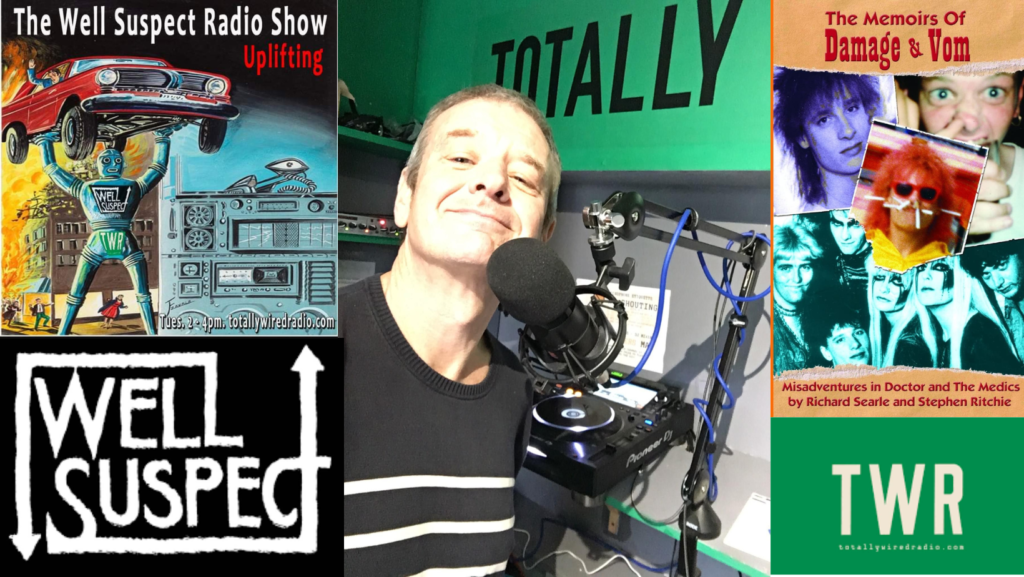 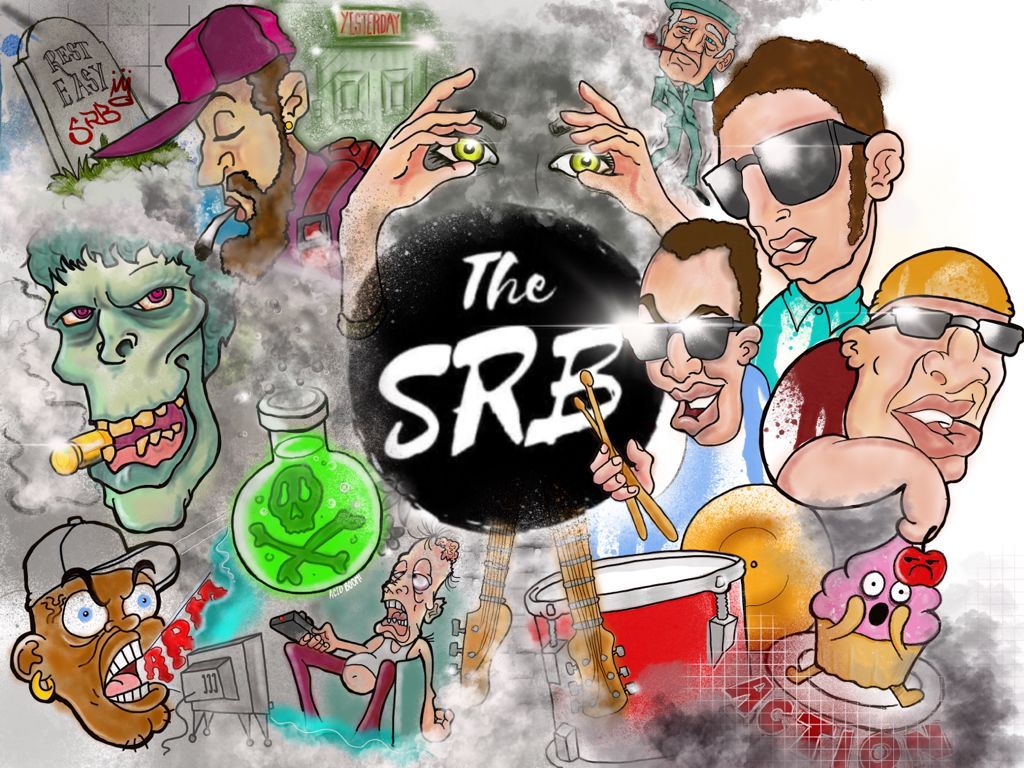 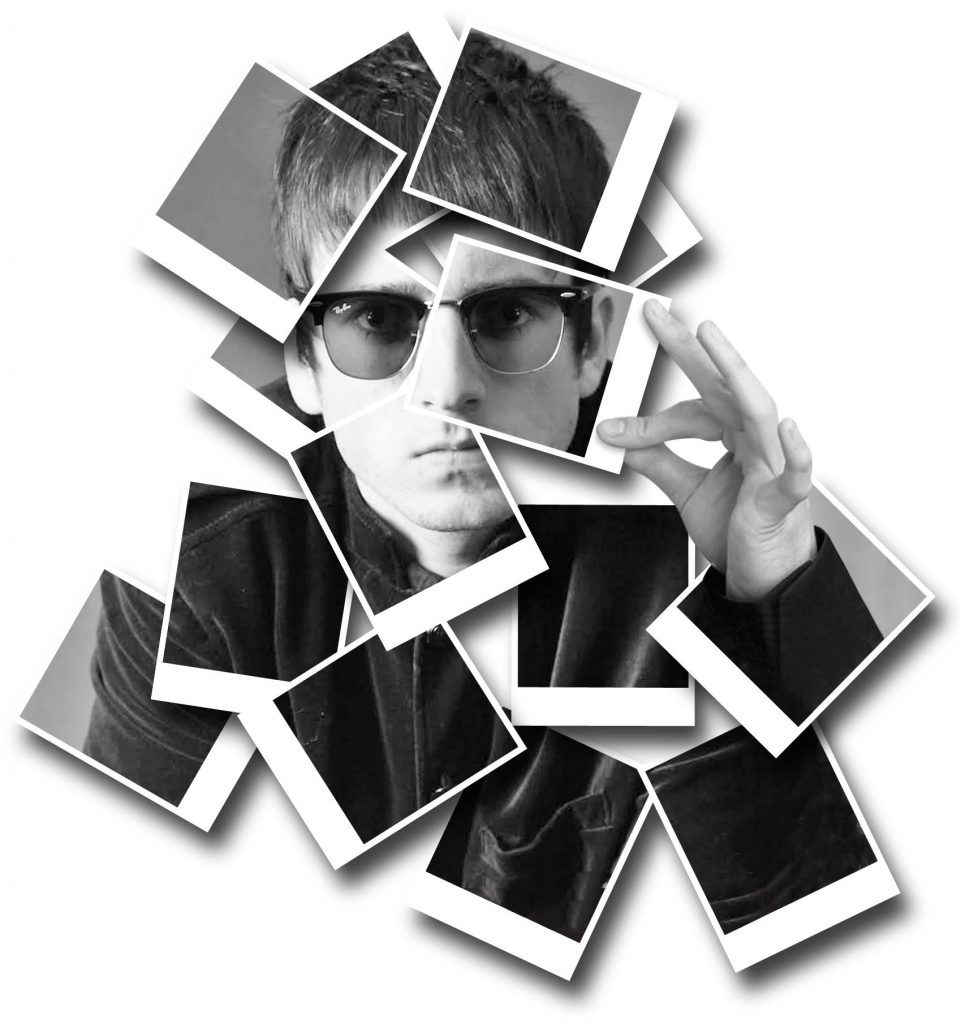 Who The F**k Is The Magic Mod- Ben Taylor

If you don’t know then where have you been?. I wanted to find out more so I asked him if he would do an exclusive interview for “Mods Of Your Generation”.

The Magic Mod has been performing all over the UK. He has entertained and wowed many people including his own musical heroes with his unbelievable magic tricks. This includes Liam Gallagher, Paul Weller, Martin Freeman, The Libertines, Quadrophenia cast members as well as other well known celebrities. He has appeared on TV, Radio and at festivals & toured with The Libertines.

You can find out more about him yourself using the links below.

What or who influenced you getting into magic and who would you say is your favourite Magician?

Paul Daniels hands down mate the guy was the best magician around and the biggest influence in my life along with Paul Weller. 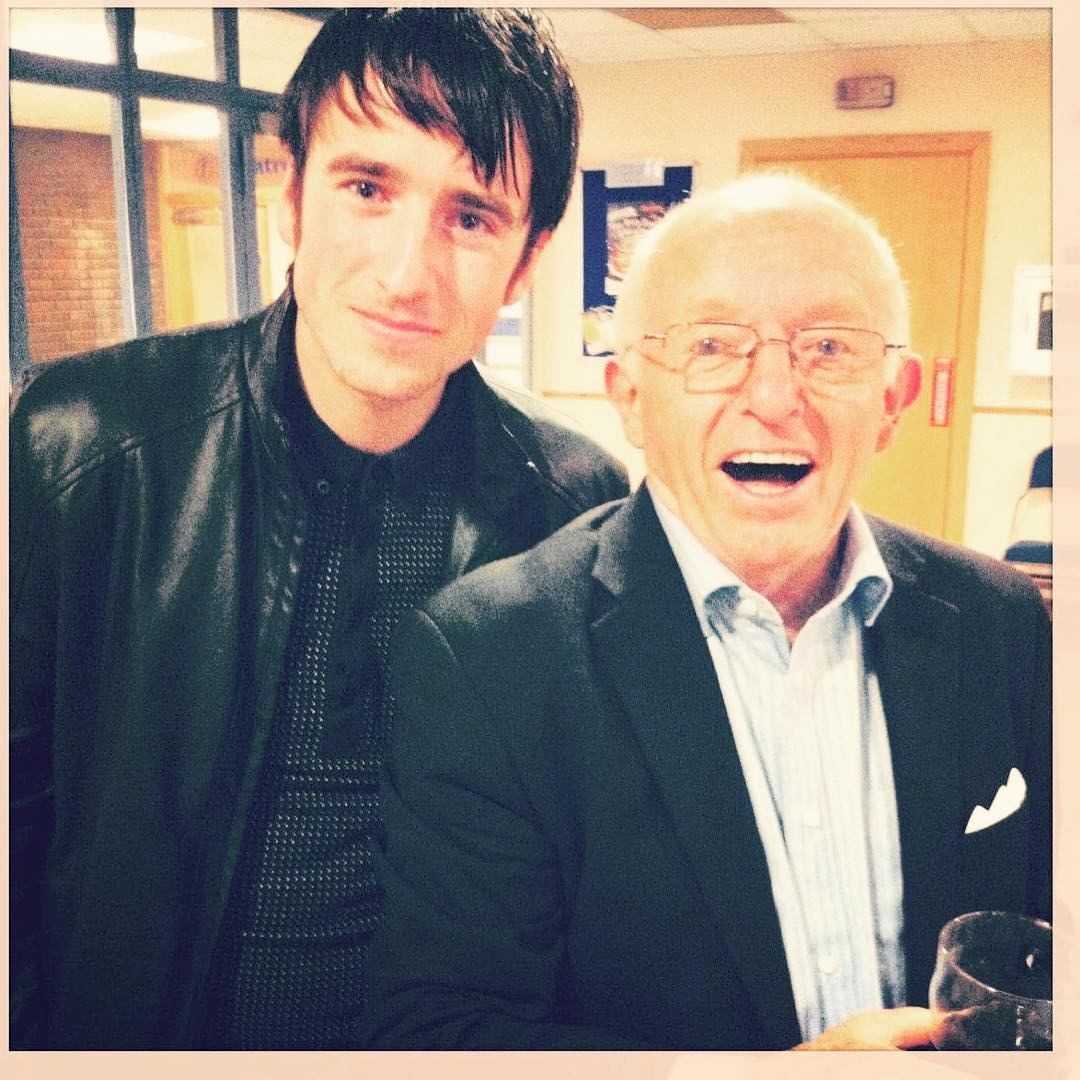 Who or what influenced you to become a Mod and why?

One film and you all know it Quadrophenia. Jimmy was one cool f**king cat and “The Jam” too. The mod scene is the best one about & we are cool as fuck. 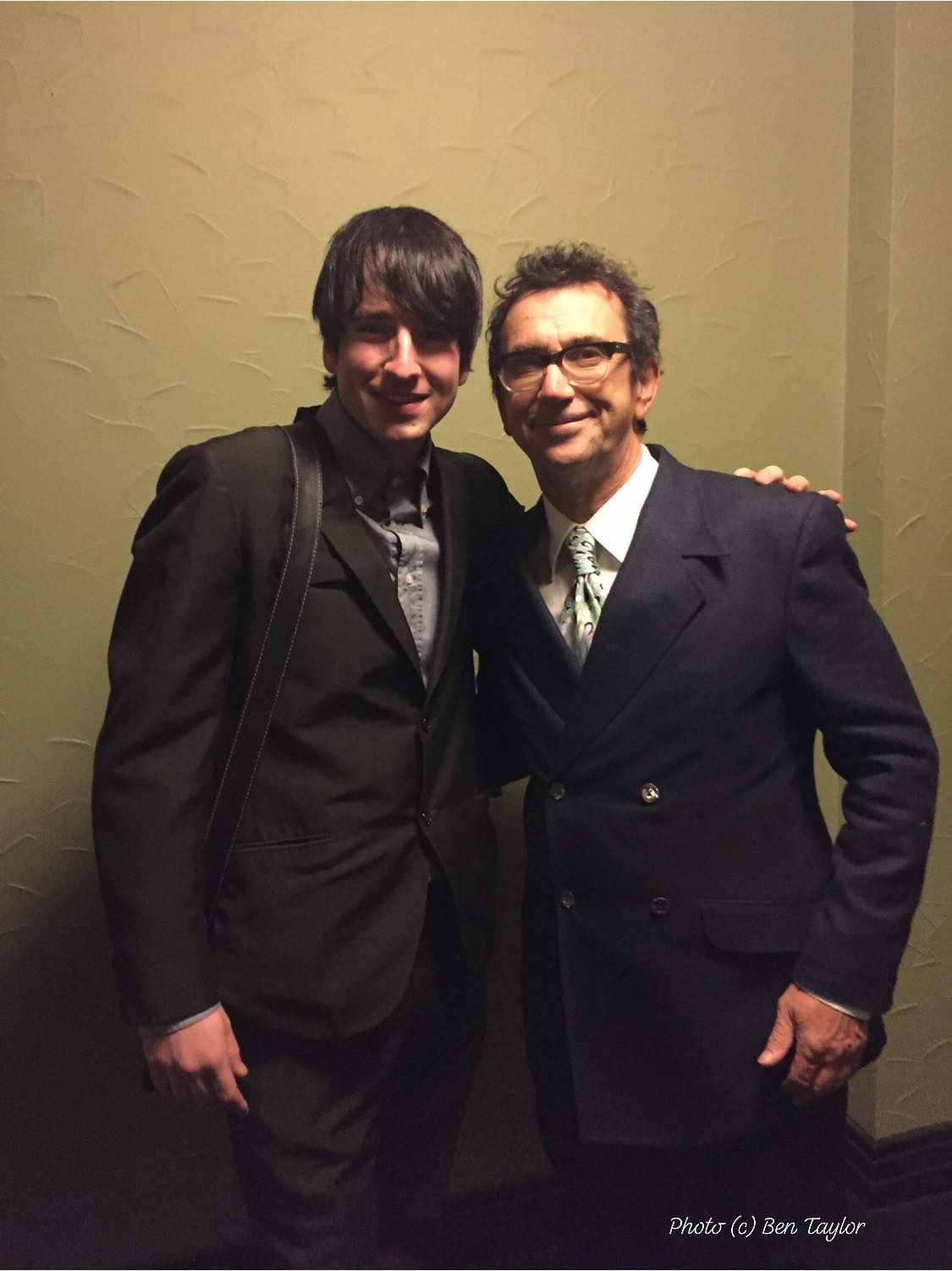 You have met and performed for many famous “faces” including Paul Weller, Liam Gallagher, Ronnie Wood, Gary Shail & Phil Daniels and more. Do you have any memorable moments from these encounters you’d like to share?

Meeting Paul Weller forever will be the best moment in my life but meeting Liam was random and so funny i was with Carl Barat. I showed him a few magic tricks and then we had a good chat about football and clothing he said i was the coolest magician he had ever seen. I was head to toe in pretty green so that helps too i guess ha ha.

(You have been on “Soccer AM” however your first TV appearance was when you were 20 years old on a football show called “Off The Bar” what was this experience like and how did you get invited on to the show? 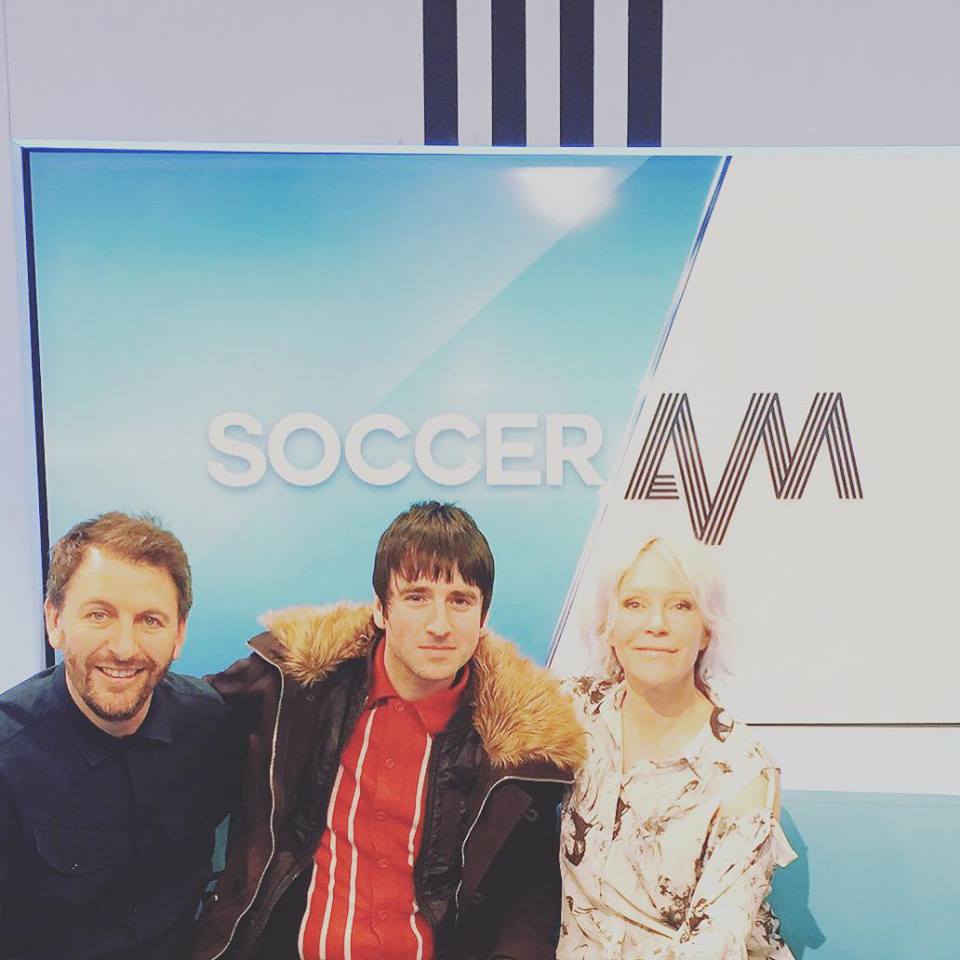 That was a lot of fun i can’t really remember how it come about now but it was a moment to be proud of for sure.

Even had make up on for the first time ha ha, I think i was bit of a diva on the day it was a great day of filming though and i had some amazing feedback after the show.

The next day when it was on on TV my local pub put it on the big screen and it was a right party in the bar.

What advice would you give someone who wants to take up magic as a career?

The same advice Paul Daniels gave to me

Its a hard nut to crack and i am only now really getting the recognition i think i deserve. I have loved magic since the age of 6 but oh boy it’s so hard to get a big break. However if you look at what I have achieved its fucking unreal. I know your a huge fan of Paul Weller & Liam Gallagher (Loved your review on YouTube of his album (“As You were”) What other artist and bands are you a fan of? 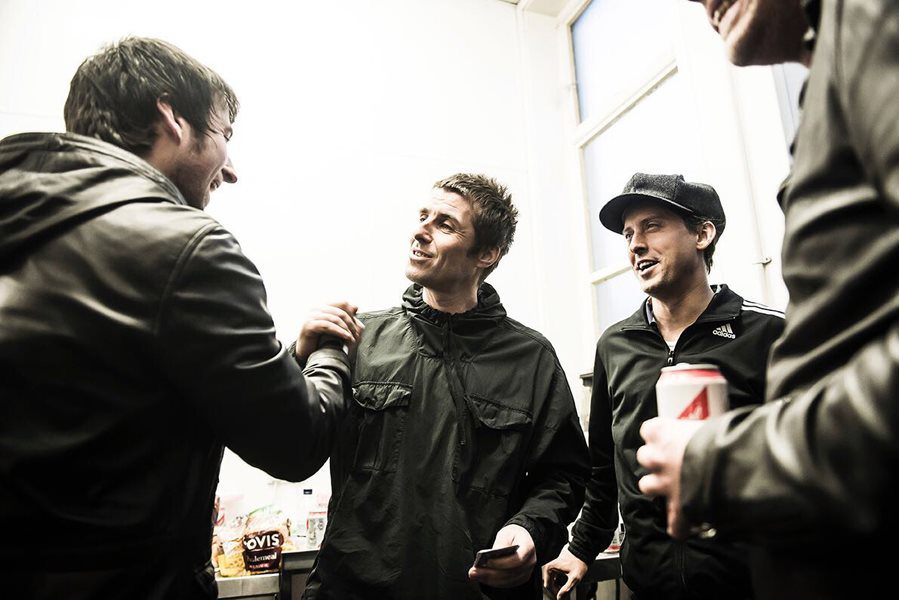 Noel is a genius

So many mate music really is my drug. 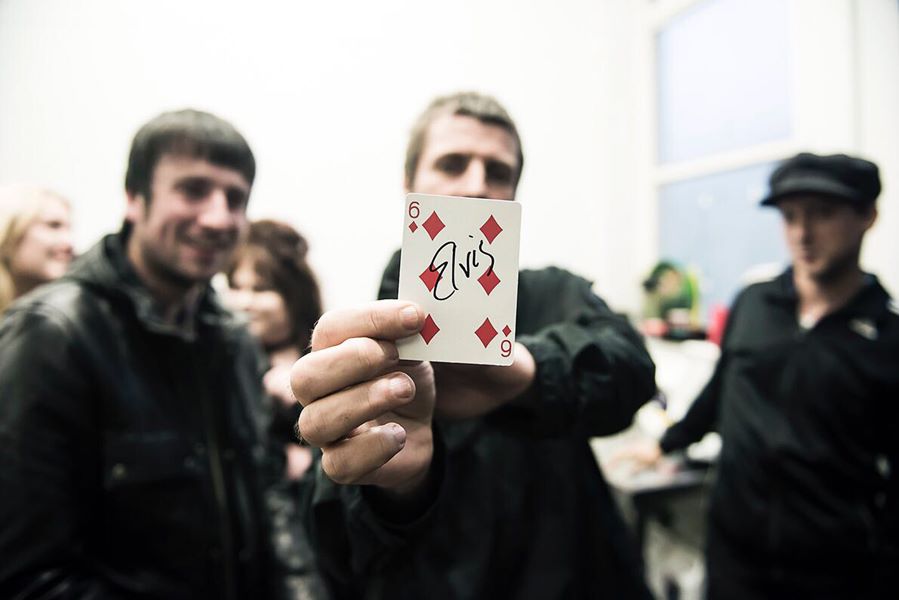 what is your favourite trick to perform?

I have many that i love to perform. I love card magic its my favourite and its easy. I always make sure i have a deck at the ready at all times.

I do like card to shoe that is pretty good to be fair. I have done that a fair few times on tour ha ha. 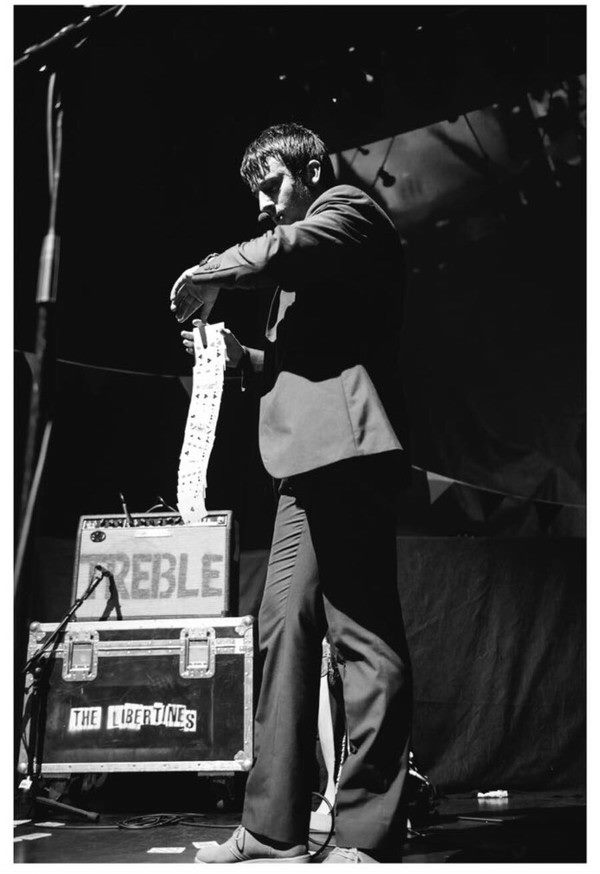 You have performed on Festivals, TV, Private events and toured with The Libertines. What’s next for “The Magic Mod” and what would you like to achieve in the future?

Every year i don’t really set goals i just say i want to do better then i have this year so every year i try and go one better this year I’m in talks with doing some more filming I’m going on tour with Pete Doherty (The Libertines) to some iconic venues in Leeds, Manchester, Nottingham and London

I will be flying out to Scotland to for a show and have many mod events coming up to. I am feeling so proud at the moment.

You Have released a DVD Documentary called “Magic Mod” Of course. Where can people buy it and what can they expect from it?

Everyone should have a copy of this little gem at home its the best magic DVD out there fact and has some big names in too.

www.themagicmod.com money back if you don’t like it ………..he he 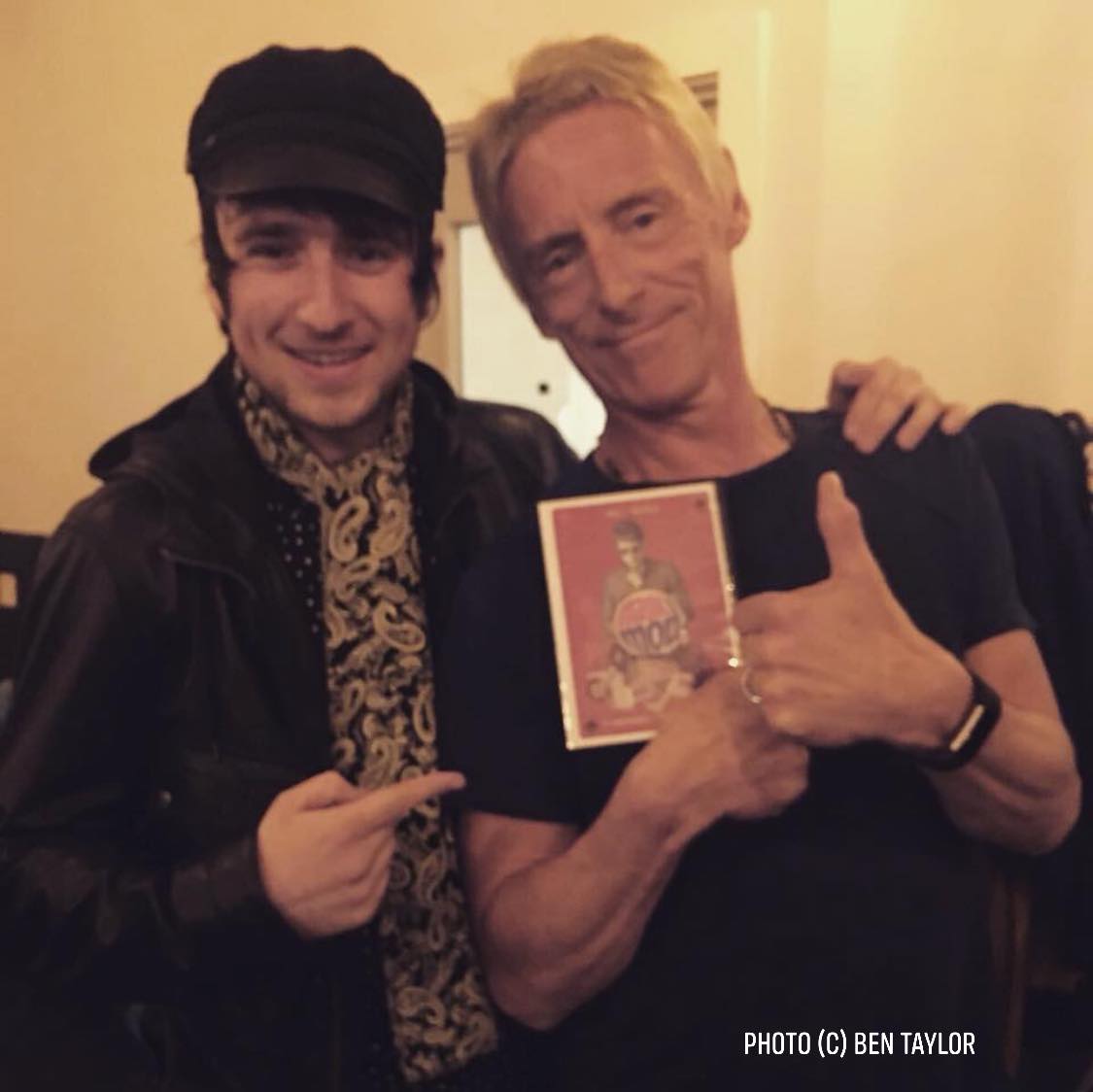 You performed for Paul Weller & his band backstage at a London Gig in 2015. What was it like meeting such an influential figure of the Revival mod scene & British Pop culture.

Meeting Paul has been nothing short of amazing to me, We have made a really good friendship and I love catching up with him at the studio. It is such and unreal feeling when i have a text from him. “I mean wow if that not magic what is”

Every time i meet up with Paul all i see is a genius of music and the young front man of “The jam” we all feel in love with.

“I can not thank him enough really for all his support.”

You have been known to wear many great clothing brands such as Pretty Green & Merc. What is your favourite Clothing Brand to wear?

Big love to pretty green, its a shame whats happened as i have made many friends in the stores. They really helped me out to and i loved doing tricks at a few shows for “Pretty Green” in London & Brighton.

do you have any plans to Tour with any more bands etc and were can people come to see you show off your amazing magic?

Going out with Pete Doherty in May. Pete is like a brother to me and we always have a great laugh when we are with each another

lets hope there is more to follow that too

I am very happy to say I’m hosting a live Q&A with the cast again. I have developed great friendships with many of them. Which is unreal really when you think about it. I will definitely be doing magic to a few to pass the time, definitely mate. 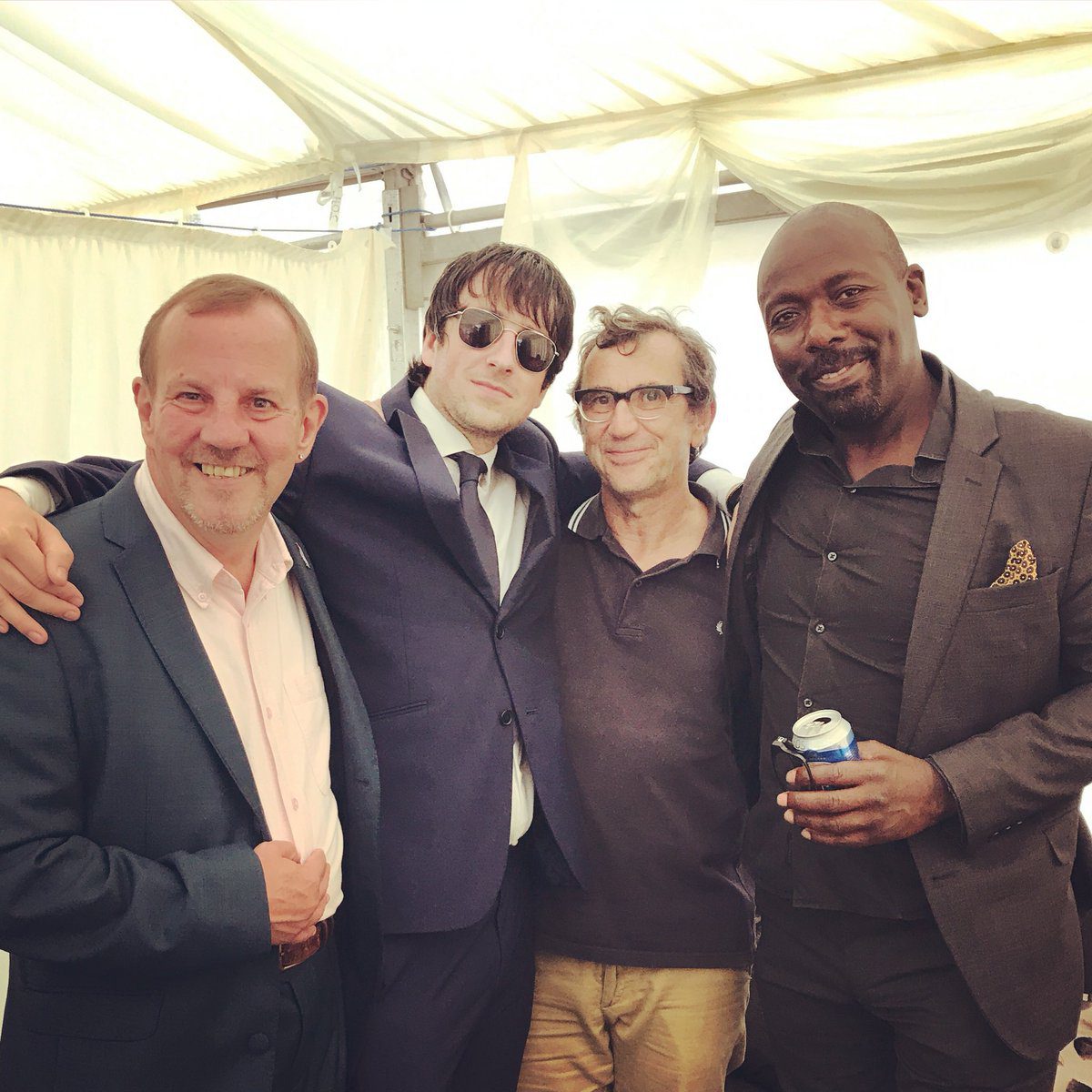 How does it make you feel when performing Magic for fans? 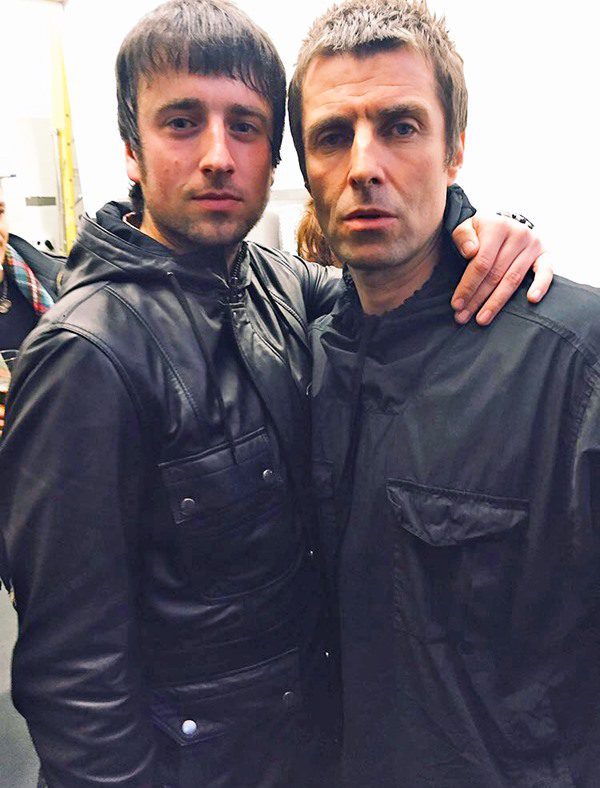 (15) Where can fans buy your Merchandise and find out more about you. 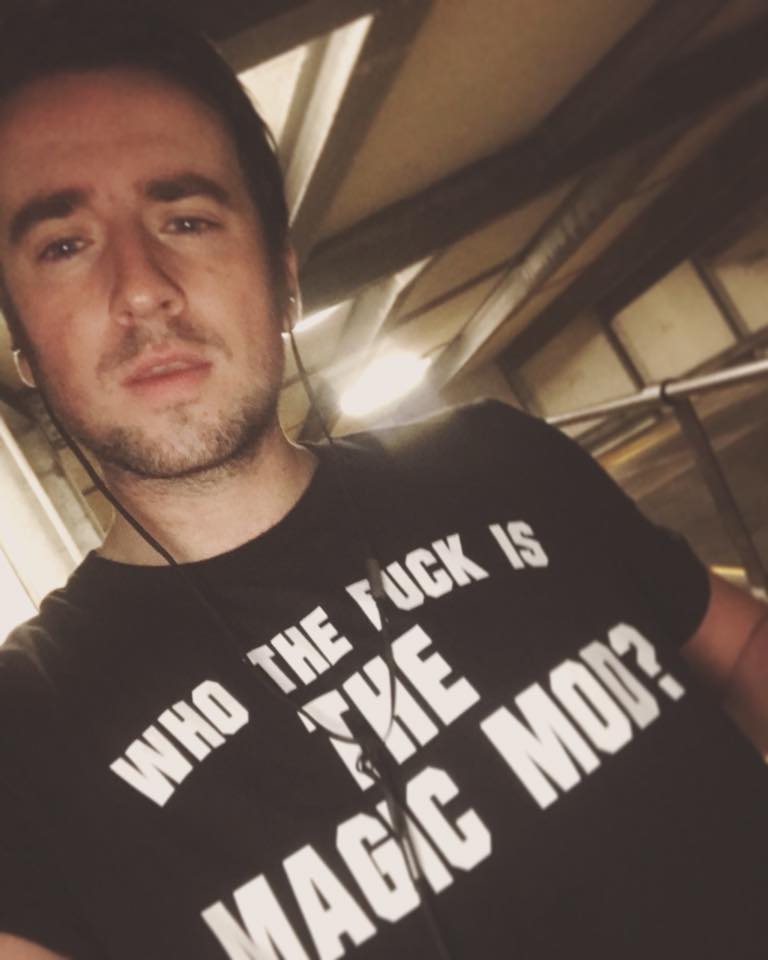 A massive thank you to Ben Taylor – The Magic Mod for agreeing to do this interview and i wish him all the best in everything he does. keep your eye out because who knows what magical things could come next for “The Magic Mod” 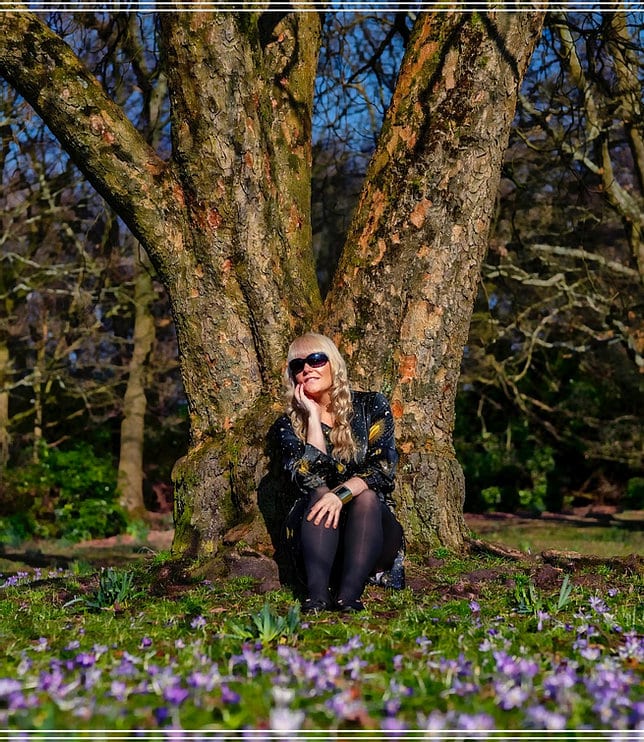 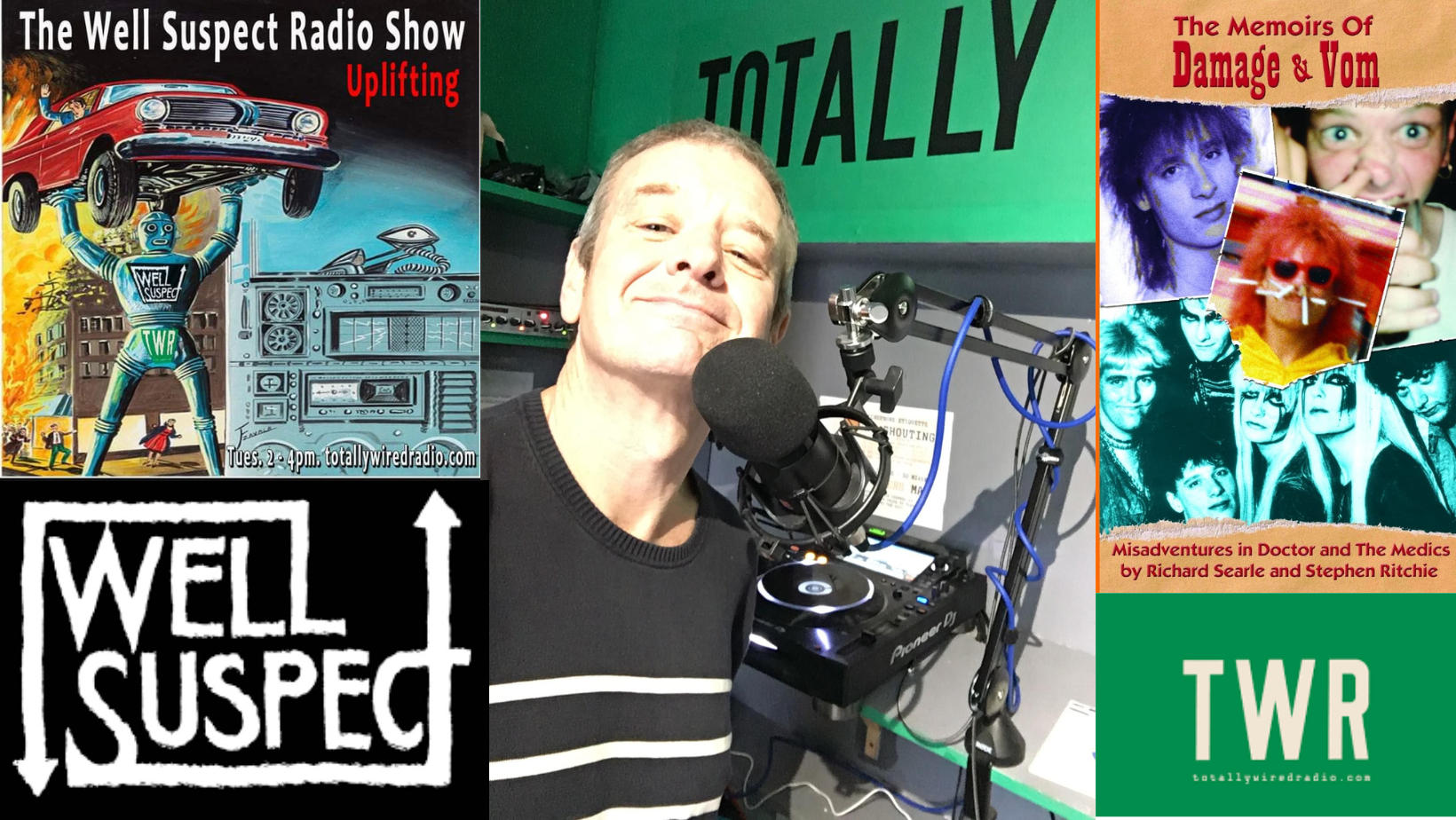 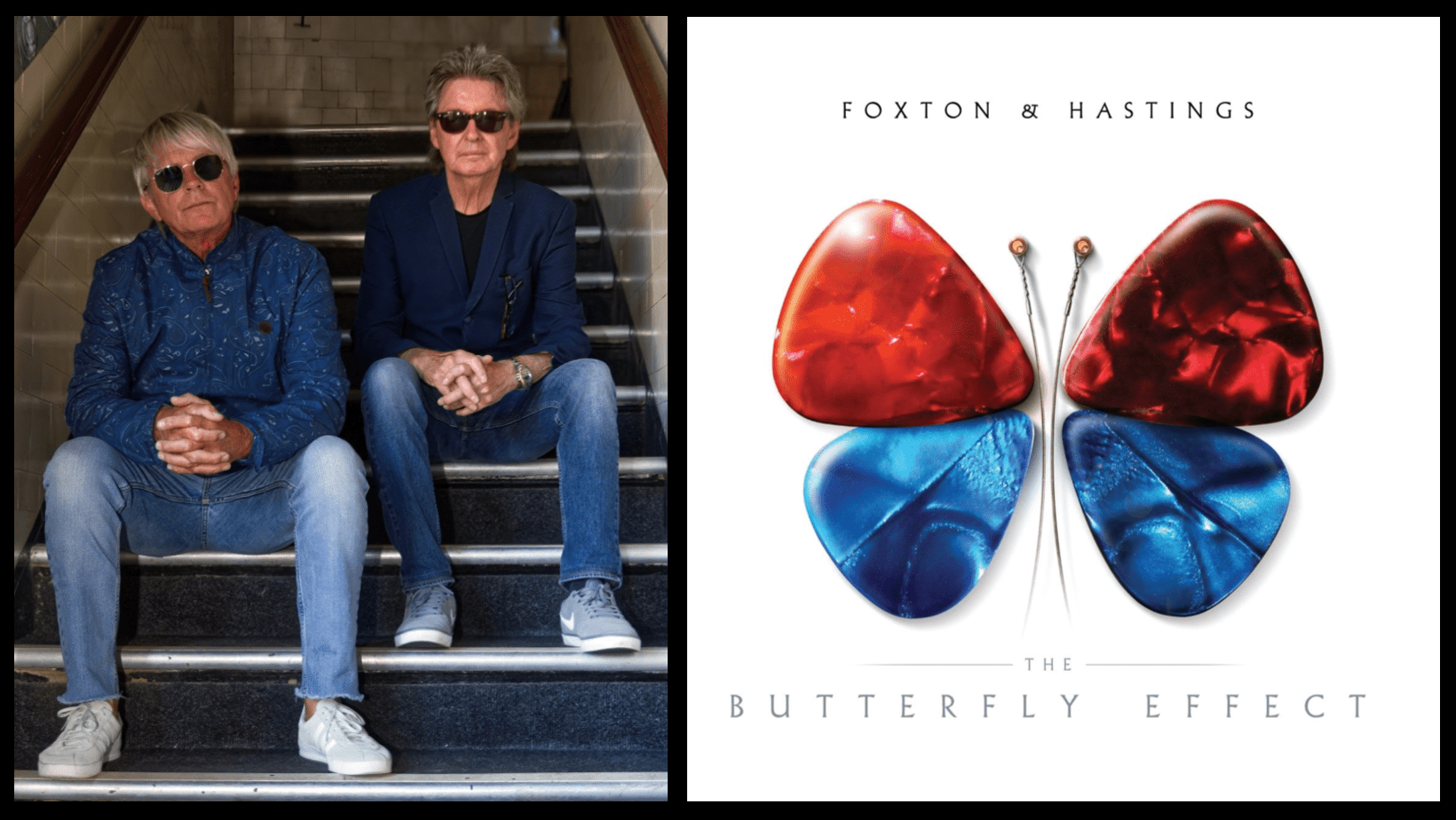